Welcome to my Travel micro-blog.

Keep it short and simple

I write summaries of my impressions on places. I'm blessed with opportunities to travel. I desire to share glimpses of my travel experiences with you. It's easy to read short, concise writings.
Planning to update this page into organized diary soon. Most of the my thoughts are not yet organized in this page.

Los Angeles & Fullerton, California
I visited Fullerton, enjoyed the weather. Los Angeles is big, I stayed on outlier parts of California. California's Weather is appealing. Doha, Qatar
Lovely Airport, Qatar is a dinosaur juice country. Many People look like me. I had enormous lamb & biriyani type food. Tirunelveli, Tamil Nadu
My Hometown, things have changed, many new buildings. I keep wondering, "How", "Where are the jobs being created?" I loved Madhuram Restaurant as usual. Bay Area, California
Bay Area is beautiful. Expensive is the term, people use. Yes, Expensive. I visited new friends. We went for hikes. I do enjoy the weather in Bay Area. I love eating Indian food. I'm Tamil, so I stick with South-Indian food.
Texarkana, Texas & Arkansas
A Border City between Arkansas & Texas. This is my first time in Chicago. I liked small-town feel.
Chicago, U.S
Unlike visiting Popular places, I explored Book Stores. This is my Second time in Chicago. Barbara Book store is a landmark at Airport. I visited a friend, who works at Heirloom used bookstore.

Madison, U.S.
I've appreciated Wisconsin during my last visit. This time, I visited a farm in Madison, U.S. Summer time is good season to visit. Lastly, I visited same hiking spot, which I visited few years ago.

The quiet, peaceful town, my first impression of America. I discovered a new hiking spot in Kingston, Rhode Island.

Orlando, Florida
Having been to Orlando many times, I was familiar with the Airport. This time, it was raining in Orlando. I visited a lake in a suburban community.

A Lovely bookstore with a Coffee Shop is located downtown Westerly.

Reston Virginia has a lot of jobs and close to capital of America, D.C. Everyone is extremely busy and works diligently. It's too expensive to live close to D.C. I think New York City and D.C area might be on the same pace of life. Chennai, India

It's been a long time since I was in Chennai, India. I remember my undergrad days. I think I see more population, cars and traffic in Chennai. I visited Library and few Beaches. If you are from North America, the following things are going to strike to you -People are everywhere -Chaotic traffic -Depending on the area, you might see a lot of trash


Denver, Colorado
I visited Denver with a close friend. I thought about Nikola Tesla's Lab. He spent some time in Colorado. It was cold in Colorado during December. The Weather was about 10 - 20 degrees. I stayed downtown. Most American downtowns are similar. Colorado had some interesting museums to visit.
Washington D.C
To non-Americans: D.C, Virginia, and Maryland are close to each other. People use D.C to refer this area. I stayed at Annandale, V.A. Annandale is a charming Korean-suburb. Varity of places to check-out, museums to visit. From what I hear; housing is expensive in D.C. Weatherwise, It is similar to North-East. It's not as brutal as New Hampshire or Maine. If you grew up in Small-town or medium-sized town, you'll notice more number of cars or traffic.
Pennsylvania

Hooray! I cannot believe this. I returned to the same place again in a year. I re-visited Pennsylvania. This time, I drove by myself from Columbus, Ohio. It was few hours drive from Ohio. I enjoyed driving through small-towns. I loved serving students and leading them through different activities. I've been traveling solo everywhere in the U.S.


Columbus, Ohio.
I'm on a whirlwind of traveling spree. To be honest; I should be grateful and thank God. I didn't see it coming in my life. I drove for two days from Florida to Columbus, Ohio. My impression on driving to Ohio are as follows: a) West Virginia had lot of mountains and change of scenary b) Carolina was flat And yes, I drove alone up to Ohio. Columbus, Ohio reminds a little bit of entering NYC. German Village in Columbus, Ohio brought me joys of Architecture. I appreciate the vintage architecture.


Blacksburg, Virginia.
Phew! A trip to Virginia. My first impression of Virginia -- Blacksburg had more trees than Orlando, Florida. It is subjective from your frame of reference.Most of the houses look similar to North-East. It doesn't get as cold as North-East.


Omaha, Nebraska.
What a surprise? I got a chance to visit Omaha, Nebraska. My friend showed me Warren Buffet's house. There were many cameras on the street. I perceived Nebraska and Iowa to be similar in terms of weather. For people outside the U.S, people are friendly in Nebraska and Iowa. I compare this to North-Eastern part of United States. 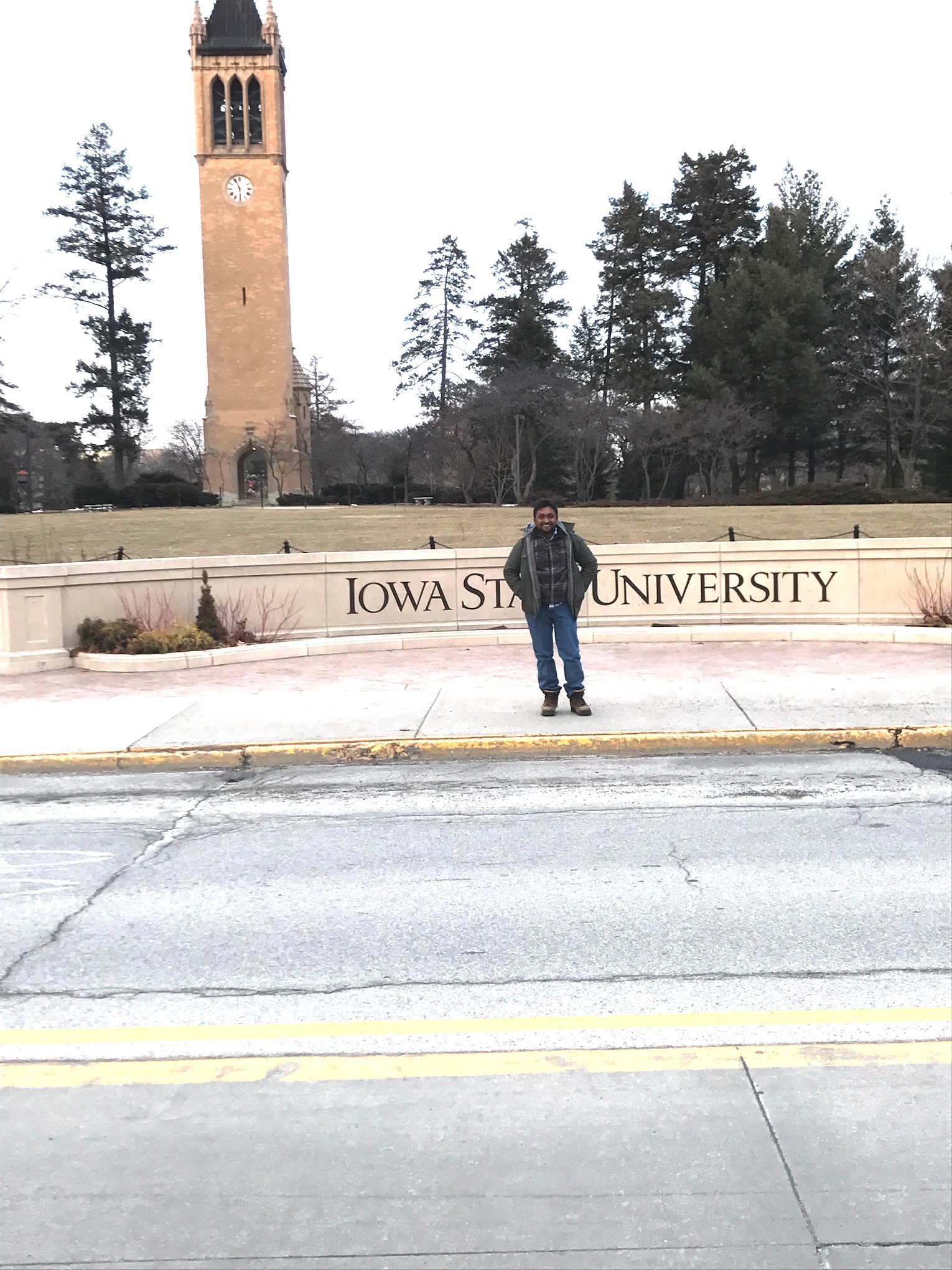 My plans to visit the beautiful state of Iowa came by random chance. I decided to take it. I was in Des Moines and Ames, Iowa. Plenty of corn-fields. Guess what? Iowa's economy is only 10% Agriculture. The Weather was similar to North-Eastern part of the United States. I liked the Mid-West due to smaller cities and not many people move to Mid-West. The Demographics are majority Anglo-Saxons. 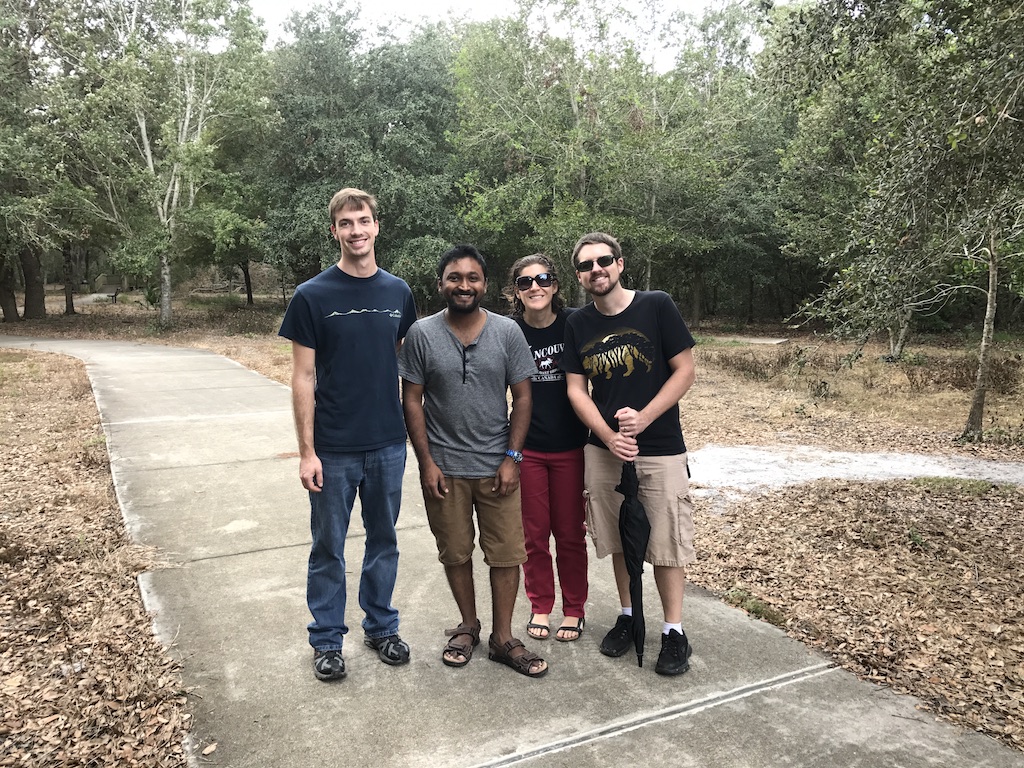 Orlando, Florida has given me better weather compared to North-East. Bright-Sunny days in Orlando, Florida. My friends and I went for a walk in airport-lakes part. Guess what? I did see an alligator. Some of the things impressed on my memory were plenty of ponds, lakes. Palm trees and the city is spread out-wide. There are more people from Central and South America in Orlando, Florida. America has always been the land of immigrants. Kudos to you America. 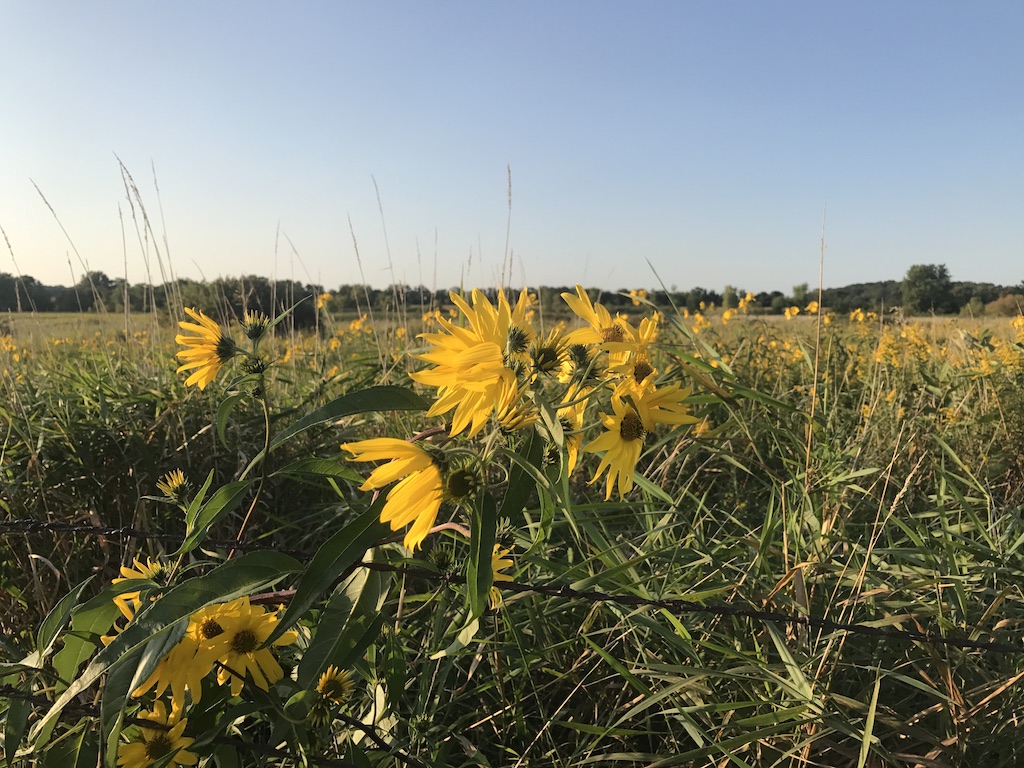 
I visited Pennsylvania, for a Leadership Retreat. It stretched me out physically and emotionally. I was given a group of 7 students from different countries. I lead and coached them. I took the role of a Listening. I appreciated their ideas. It was all about them. As a Leader, I am there to serve them. I let my group explore and grow. Something that stuck on my heart, was letting other people's idea and respecting it. We were located in middle of woods with more than a thousand acres. It is perfect for building a school. It's away from busy cities. The Weather was around 70's, but it dropped to 50's. Pennsylavania didn't seem different in terms of weather from New England. I surmised, that it could get less colder than New England. 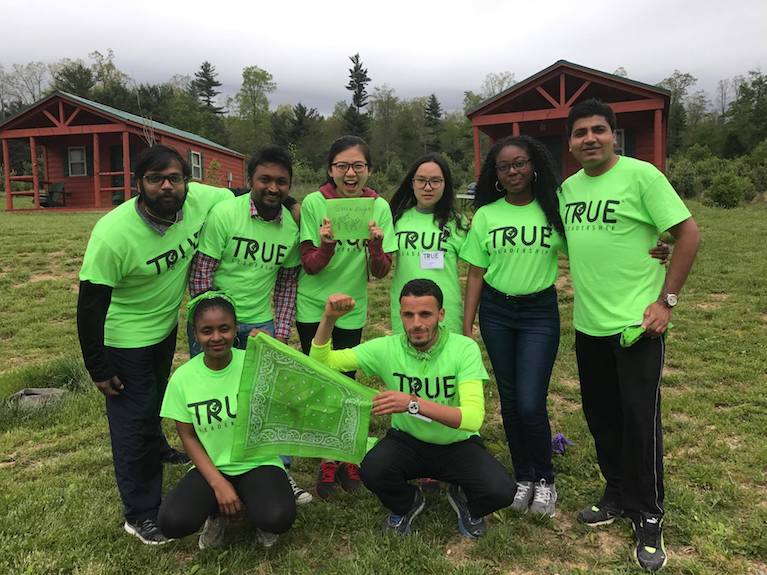 I'm planning to visit Pennsylvania, excited to go. Not sure, what to expect. The Weather has been gloomy lately in North-East. As I mentioned earlier, if you grew up in Tropical weather, make sure you pay attention to weather.

I visited North Carolina -- Ashville, Charlotte. Ashville is an hour drive from Charlotte, NC. Even though, it's April, I couldn't make sense of the weird weather. Quick note to someone, who is from tropics or a place, where there is no change in weather. This might seem trivial, but weather is important and part of North American life. We had sunlight for a while, and then quickly lots of rain and gloomy weather.
It seemed that Billy Graham's Library is popular destination in North Carolina, I might be wrong. I noticed outside of the Airport, lot of advertisement to visit his Library. Also, the airport was expanding with constructions and things seem to be out of place. I traveled for almost 15 hours from Providence to North Carolina. Travelling is exhausting, if you do not get enough sleep and sunshine. 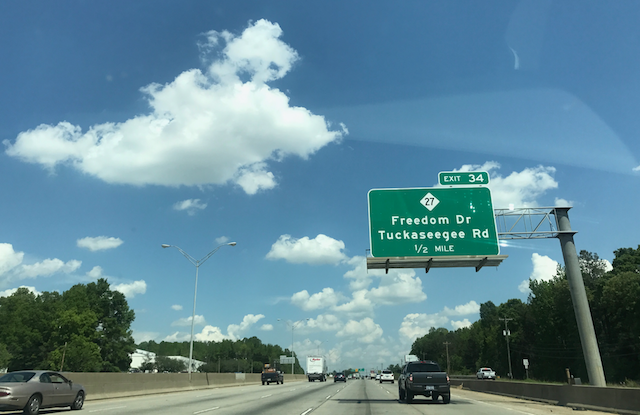 I visited Westerly, Rhode Island. It's on the border of Conneticut. Most of the architectures resembles colonial –– New England style. The place, where I stayed had three floors (American's count ground floor as first floor). Meanwhile, other countries might not do it in the same way. A small interesting point to observe. A Big issue in New England is heating, it's a big deal, and if a house doesn't have a good heating; It means you better prepare for hypothermia. And now you know, why early settlers freezed and starved to death.

I'm in New Hampshire, It's been three years and it's refreshing to re-visit. Skiing is exciting, And a lot of people in New England visit NH for skii resorts. As we were driving, we could not see the roads. Fog was above the roads, and it was difficult to drive at Night. GPS helped us to reach our destination. I loved skiing but it took a lot of energy of me. If you love Snow, then come visit New Hampshire. The State's motto is, "Live free or die." 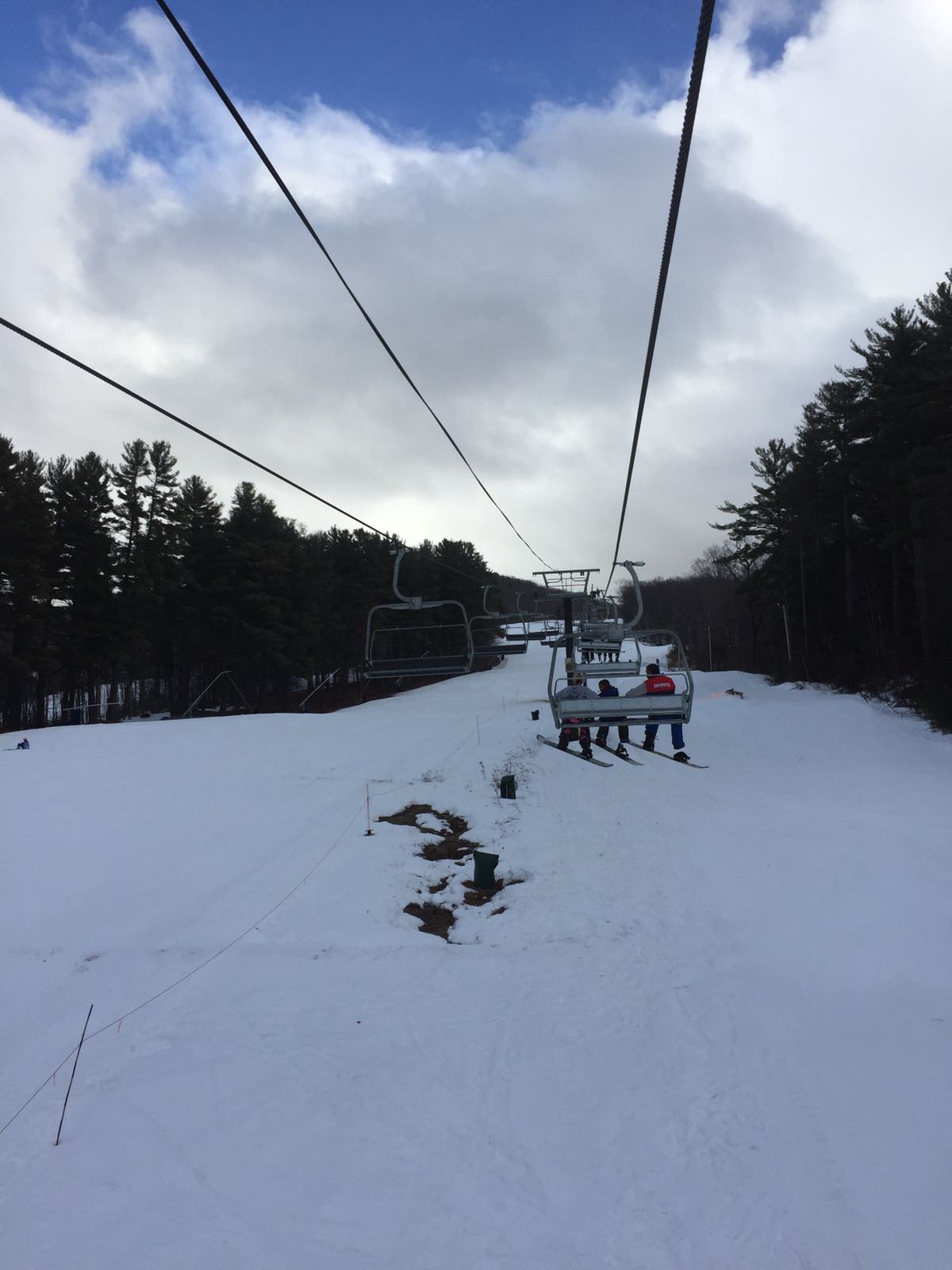 Florida was wonderful trip. As you know, lots of sunshine and warmer people. This scence was my highlight of the trip, I took a plane from Orlando, Florida where it was around 80 degrees. And, then I landed in Providence, Rhode Island -- It was 20 degrees covered in Snow. A Day with bright sunlight and snow. Can you imagine it?

A Group picture with people that I met in Florida. 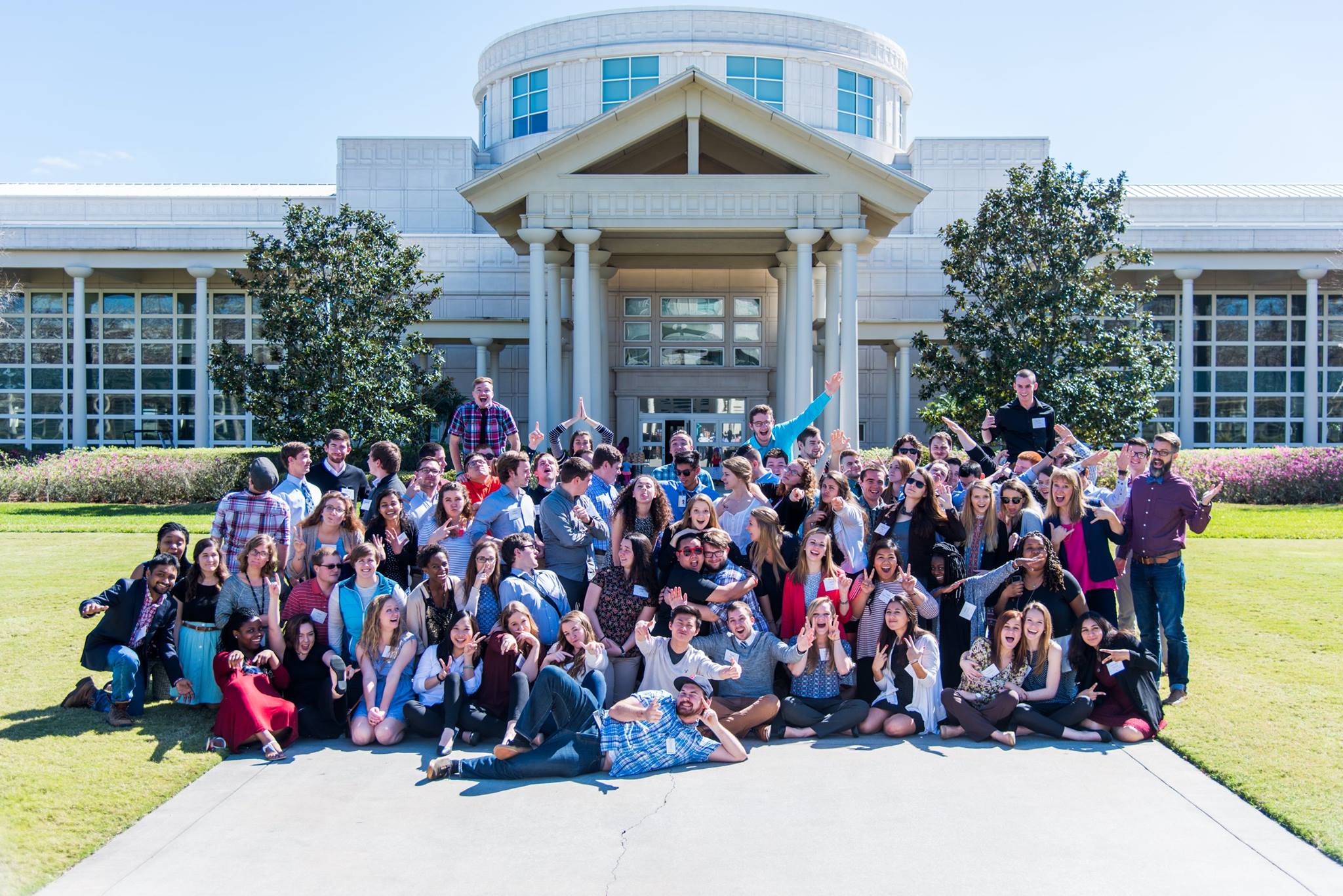 I'm travelling to Florida soon -- And, most New Englanders love going to Florida. The Weather becomes gloomy, cold in New England, that a lot of people feel frustrated with it. Less Sunlight makes people's mood change, and I understand why people want to retire in Florida. The Last time, I was in Florida -- I quickly admired the Spanish Influence, architecture of buildings. America is truly a melting pot of cultures, However it takes a generation or two for immigrants to get assimilated. There must be millions of sub-cultures within the United States. If you have never been to the United States, it is going to be hard for you to understand. If you are moving to America, you are not only bringing yourself, but your habits, thought, tradition, religion into this vast country. Try to reflect the differences, and learn from each other. One thing, that helps you to learn about culture is their history.


Travelling expands your horizons -- However, living in another country or place is different from travelling. I have travelled to a wide variety of places. From Asia, Middle East to North America. I'll post my thoughts, history and facts about these places. If you have any questions or feedback, please do email me. Somethings you should notice about your ownself, the place you grew up is going to form the base perspective on things. You visit another place, it adds up, therefore your base perspective would always be with you. If you grew up in Europe, you'll have your frame of reference to your European context. When you move to another country -- it has to realign to the new culture or country. This helps you to understand your own cultural roots in a deeper way, because you can reflect the differences. It's good to ask questions, and learn from new culture. I think, there's a lot more on communication among cultures.


Most of my early travels are in parts of Tamil Nadu. People speak Tamil and English in Tamil Nadu The State, where I grew up. I've found that one culture can learn from another rather than looking down on them. Most of the time, people misunderstand cultures -- Seriously, most people have assumptions about other cultures. Do not assume, rather ask questions and explore the differences. Indeed, there's a lot of history, that we all need to learn from each others cultures.